On February 26, MACUMA Board Secretary Lynette Smith of Washington Gas Light Federal Credit Union joined a group of representatives from NAFCU on a visit to the White House to discuss industry issues with President Donald Trump. According to NAFCU, the goal of the meeting was for Trump to understand the concerns of the credit union industry and encourage his continued support of regulatory relief efforts. 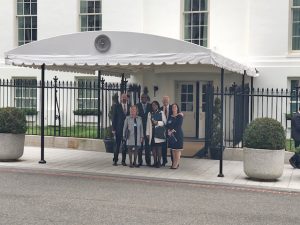 “It was an honor to represent the credit union industry at the White House. We want to thank President Trump for taking the time to hear directly from credit union leaders what they are most concerned about,” said Smith. “This meeting signifies the sheer momentum and support our industry continues to see. We look forward to continue raising the profile of the industry and working with members of the administration in doing so.”

NAFCU continually advocates for the industry on many fronts, and as the local association to the DC metro area, MACUMA regularly connects with NAFCU to ensure that members are engaged with the latest in Washington. In early February, President and CEO of NAFCU, Dan Berger as well as Executive Vice President of Government Affairs, Carrie Hunt, joined MACUMA for a panel discussion about how the current political climate is affecting the industry. 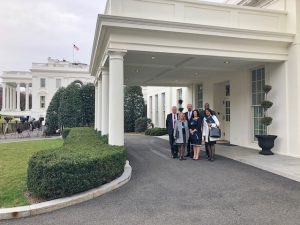 “We are grateful for our strong relationship with NAFCU and are thrilled that one of our own Board members was able to attend this meeting,” said John Harwell, MACUMA Board Chairman. “I am always impressed at the caliber of volunteers we have involved with our organization, and Lynette’s participation as a NAFCU representative at this meeting is a testament to that.”

MACUMA membership is based on the credit union or business organization. Please email operations@macuma.org if you have questions about membership.

Select if you are an employee of either a Credit Union or Business Partner.