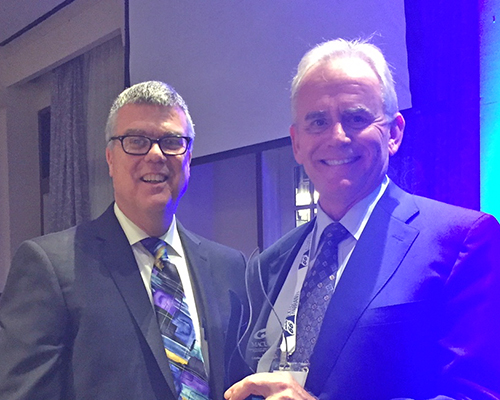 Larry Kelly, former president/CEO of Apple Federal Credit Union, was honored last month with the Lifetime Achievement Award at the MACUMA Annual Leadership Conference in Williamsburg, Virginia. This is MACUMA’s highest honor, given to a retired credit union individual who has given back to the profession. The awards dinner was led by master of ceremonies Bob Schroeder, CEO of Prince George’s Federal Credit Union.

Having started his career in retail management, Larry has served in a credit union chief executive role since 1989, taking the post as Apple Federal Credit Union president/CEO in 1995. Since taking the helm, Larry guided the growth of the credit union from 41,000 members and $230 million in assets, to over 200,000 members and over $2.4 billion in assets today, establishing successful partnerships with local school divisions, colleges and universities. Remaining steadfast in the need for brick-and-mortar branches, Larry also sought to ensure a solid branch footprint in the region. Apple boasts 21 full-service Northern Virginia locations—more than any other credit union. 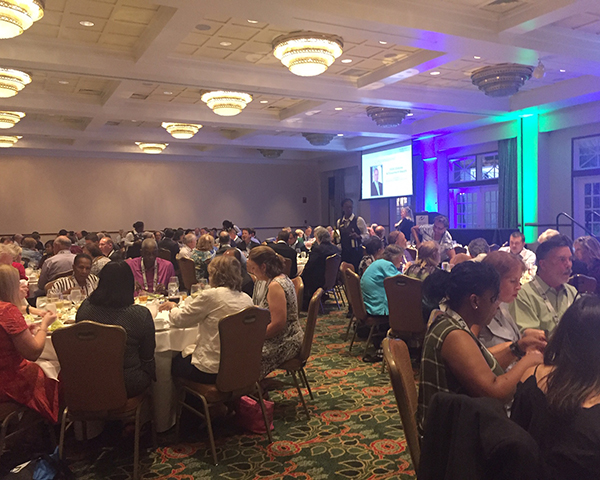 Apple currently holds rank as a Top Ten Credit Union in the Commonwealth of Virginia in terms of size and is in the top 100 of all credit unions in the United States, an honor accomplished through Larry’s visionary approach and commitment to working with Apple’s great employees, technological advancement, education, and community.

Understanding that its members required immediate account access, Apple was at the leading edge of offering online banking in the mid-1990s. Under Larry’s direction, that trend continues to present day. Apple is one of the only credit unions in the DC Metro area to offer a full suite of mobile banking solutions, including iPhone, iPad, and Android apps.

Larry’s passion and advocacy for the education community, stemming from the roots of Apple FCU, was instrumental to the commencement of the Student-Run Credit Union (SRCU) concept. Apple boasts the first SRCU branch in the Commonwealth, opening it in 1995, and now operates one of the largest high school branch networks in the nation. Additionally, Larry championed the creation of the Apple FCU Education Foundation, the credit union’s conduit for charitable giving. Donating more than $1 million since its inception in 2006, Larry served as secretary on the board of directors for four years. 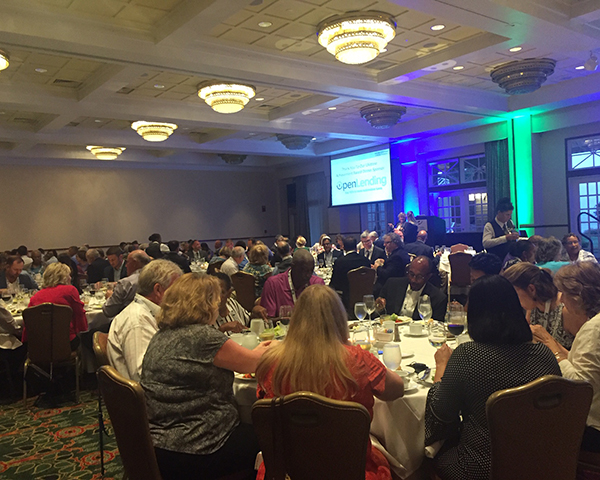 Larry was also actively involved in industry and community organizations, serving in a variety of capacities throughout his distinguished career.

Larry holds a B.A. in economics from the University of Maryland, Baltimore County and an MBA from Loyola College of Maryland, and he earned his Certified Public Accountant designation in 1988. Larry resides in Fairfax County with his wife of 40 years, Annette. They have two children and two granddaughters.